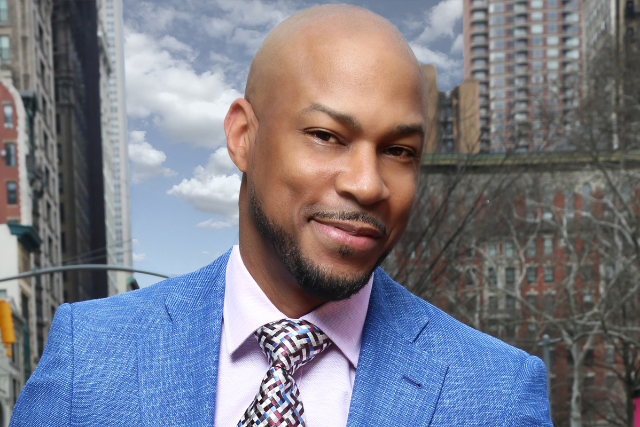 Finesse Mitchell is a multi-faceted actor, author and stand-up comedian with three one-hour comedy specials titled, “Snap Famous”, “One Man Monster”, and “The Spirit Told Me To Tell You” under his belt. He is currently in production on his fourth while also producing a weekly podcast titled “Understand This with Finesse Mitchell”, out on all platforms.

Born and raised in Atlanta, Georgia, Finesse graduated from the University of Miami and is a distinguished member of Kappa Alpha Psi Fraternity, Incorporated. He is also a former student-athlete who was a walk-on for the National Champion Hurricanes football team where he played Hurricane greats like Dwayne “The Rock” Johnson, Warren Sapp, and Ray Lewis.

Finesse entered the comedy scene with appearances on BET’s Comic View and Comedy Central. In 2003, he joined the cast of Saturday Night Live where he played the memorable “Starrkeisha” and frequently appeared on “Weekend Update” with Seth Myers as Morgan Freeman, 50 Cent, and Bobby Brown. In addition to being an SNL Alum, Finesse’s previous television acting credits include NBC’s Kenan, Fox’s Outmatched, ABC’s Splitting Up Together, Showtime’s Roadies, Disney Channel’s A.N.T. Farm (China’s Dad), and TBS Tyler Perry’s Meet The Browns.

Mitchell has also had numerous appearances on daytime talk shows such as The Wendy Williams Show, The Real, and NBC’s Today Show. In late-night, you might have seen him on The Tonight Show with Jimmy Fallon, The Late Show with Seth Meyers, The Arsenio Hall Show and Comic’s Unleashed just to name a few. You can also catch Finesse starring in movies like Who’s Your Caddy, The Comebacks, and Mad Families.

In 2007, Finesse published his book “Your Girlfriends Only Know So Much: a Brother’s Take on Dating and Mating for Sistas.” (Simon Spotlight) available on Amazon. Mitchell also wrote a monthly relationship advice column for Essence magazine for three years.

Finesse currently resides in Los Angeles with his wife, Adris Debarge, and their two daughters, Elle and Eva Mitchell.